September 19, 2017, Tokyo, Japan – UNIQLO announces that it will launch the SPRZ NY EAMES Collection in the U.S. on uniqlo.com beginning the evening of Thursday, October 12th and at select stores beginning Friday, October 13th. This collaboration collection will celebrate the groundbreaking contributions of American designer couple Charles and Ray Eames to modern design, art, and culture in the 20th century.

The signature Eames chairs are enduring global best sellers due to their sophistication and simplicity. SPRZ NY EAMES will showcase their timeless designs through graphic T-shirts and other items that fuse fashion and art.

SPRZ NY (for "Surprise New York") is a global project where art and fashion meet, creating something magical. SPRZ NY items are inspired by famed and influential artists of our time and include specially designed products like T-shirts, outerwear, innerwear, and more. This season's Eames collection is part of UNIQLO's ongoing collaboration with the Museum of Modern Art (MoMA) in New York under the SPRZ NY project.

Among the most influential designers of the 20th century, Charles and Ray Eames transformed how people experienced and observed the world through furniture, architecture, public spaces, and films. Like UNIQLO, Charles and Ray believed that good design and quality objects should be available to all. This belief underpinned their work with innovative materials to celebrate the uncommon beauty of common things and to uplift people in their everyday lives. 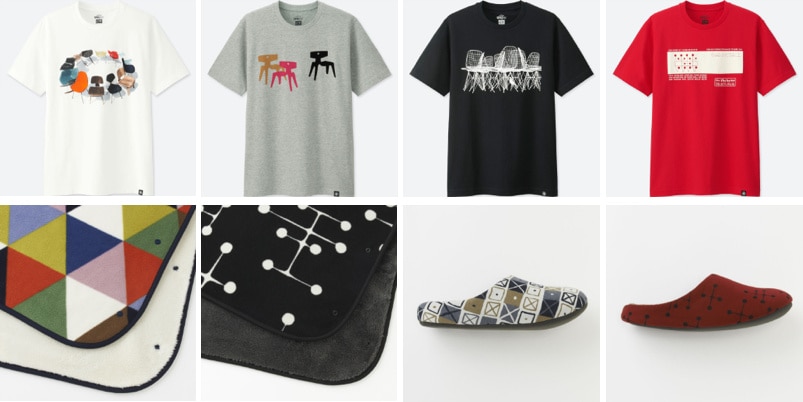 About Charles and Ray Eames 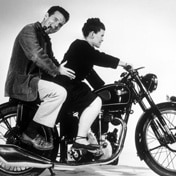 Charles and Ray Eames were 20th century design masters who influenced the global design aesthetic. The couple were best known as designers of furniture, but they also left their collective mark in many other areas, including through architecture; such films as the Power of Ten and the Relative Size of Things in the Universe; industrial design; toys; and graphic designs. Their designs cared for users and paid attention to detail. The couple started working on prototypes through the Eames Office, which they established in 1941. Today, the office embodies the authenticity of the Eames through activities to convey, safeguard, and further their legacy.

Apparel that comes from the Japanese values of simplicity, quality and longevity. Designed to be of the time and for the time, LifeWear is made with such modern elegance that it becomes the building blocks of each individual’s style. A perfect shirt that is always being made more perfect. The simplest design hiding the most thoughtful and modern details. The best in fit and fabric made to be affordable and accessible to all. LifeWear is clothing that is constantly being innovated, bringing more warmth, more lightness, better design, and better comfort to people’s lives.

About UNIQLO and Fast Retailing

UNIQLO continues to open large-scale stores in some of the world's most important cities and locations, as part of its ongoing efforts to solidify its status as a truly global brand. Today the company has around 1,800 stores in 18 markets worldwide including Japan, Australia, Belgium, Canada, China, France, Germany, Hong Kong, Indonesia, Malaysia, Philippines, Russia, Singapore, South Korea, Taiwan, Thailand, U.K. and the U.S. In addition, Grameen UNIQLO, a social business established in Bangladesh in September 2010, currently operates several Grameen UNIQLO stores in Dhaka. UNIQLO manages an integrated business model under which it designs, manufactures, markets and sells high-quality, casual apparel. The company believes that truly great clothes should be supremely comfortable, feature universal designs, are of high quality and offer a superb fit to everyone who wears them.

In addition, Grameen UNIQLO, a social business established in Bangladesh in September 2010, currently operates several Grameen UNIQLO stores in Dhaka. UNIQLO manages an integrated business model under which it designs, manufactures, markets and sells high-quality, casual apparel. The company believes that truly great clothes should be supremely comfortable, feature universal designs, are of high quality and offer a superb fit to everyone who wears them.

With a corporate statement committed to changing clothes, changing conventional wisdom and change the world, Fast Retailing is dedicated to creating great clothing with new and unique value to enrich the lives of people everywhere. For more information about UNIQLO and Fast Retailing, please visit www.uniqlo.com and www.fastretailing.com.