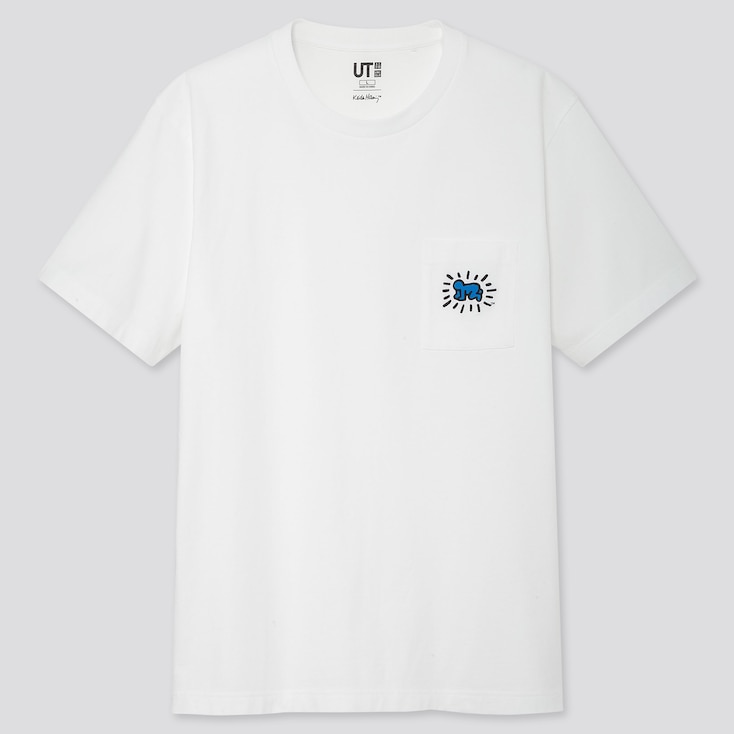 A key figure in New York's East Village scene in the late 1970s and 80s, American artist Keith Haring's artwork populated not only art galleries, but also the city's subways, streets, and sidewalks. His work often combined an iconographic vocabulary, including hearts, flying saucers, winged figures, and a crawling “radiant baby,” with abstract marks and patterning.
At UNIQLO, we’re constantly striving to further our sustainability initiatives, which is why we’re partnering with the Better Cotton Initiative (BCI*) to improve cotton farming globally.

A £2.95 shipping fee will be applied to all online returns. Read more here

You may also like
Keith Haring UT Graphic T-Shirt is rated 4.8 out of 5 by 6.
Rated 5 out of 5 by Matt D from Love this t-shirt Fits quite snug so went up a size. Fit and look great and love the Haring design.
Rated 5 out of 5 by KatiBoo from Love it! Nice thick material, great quality embroidered picture! Went for an M for an oversized fit, and it was exactly what I wanted.
Rated 5 out of 5 by guym from Great tee! Uniqlo make the most comfy tshirts and this is no exception. It's a great fit and it looks even greater.
Rated 5 out of 5 by faricas from good happy purchase. satisfied. would by again. expensive dilevery.
Rated 5 out of 5 by kreyn from Nice fit Nice fit. Looks great on. Baby is my fav Haring symbol.
Rated 4 out of 5 by chazthewaz from lovely T, dodgy slits up sides Gonna sew those side slits right up. What are they even for?