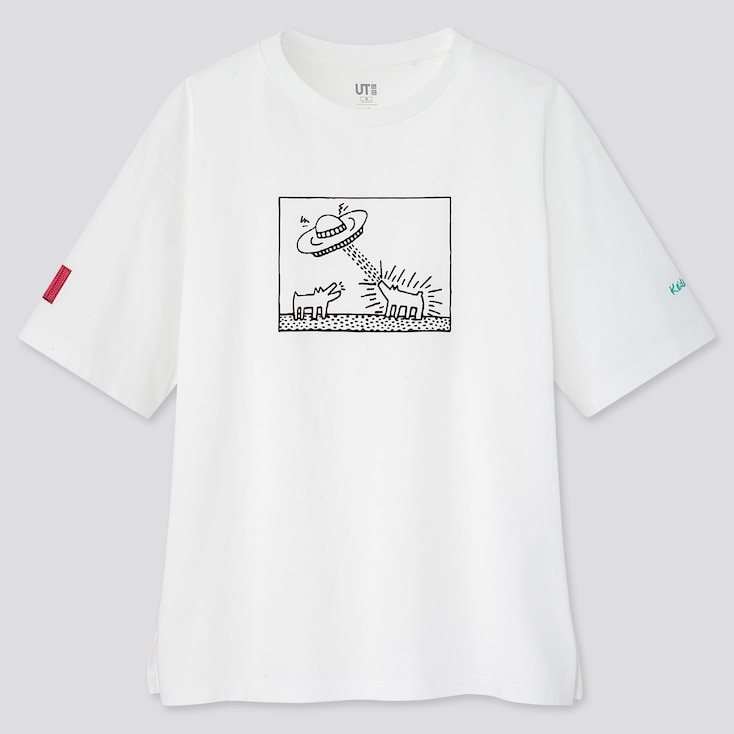 WOMEN CROSSING LINES UT KEITH HARING (SHORT-SLEEVE GRAPHIC T-SHIRT) is rated 4.8 out of 5 by 13.
Rated 5 out of 5 by Anonymous from good It is a perfect size for a guy. And the partten is so cute.
Rated 5 out of 5 by Anonymous from Shirt The shirt is very long and I was going to size up but I don’t recommend because it’s already an oversized fit. I usually order medium so that it’s larger but I got a small. It’s very comfortable.
Rated 5 out of 5 by Vanessa from Awesome style I love the Keith Haring clothing line and I just had to get this shirt once I saw the cute dogs haha, it is a little wider than I thought but it’s a nice relaxed fit and it’ll be super cute with some jeans, if you don’t like having too wide of a shirt I’d go down a size but the length is perfect!
Rated 5 out of 5 by Jian from CUTE SHIRT I love the oversized boxy style of this shirt. The shirt is super soft and is such nice quality.