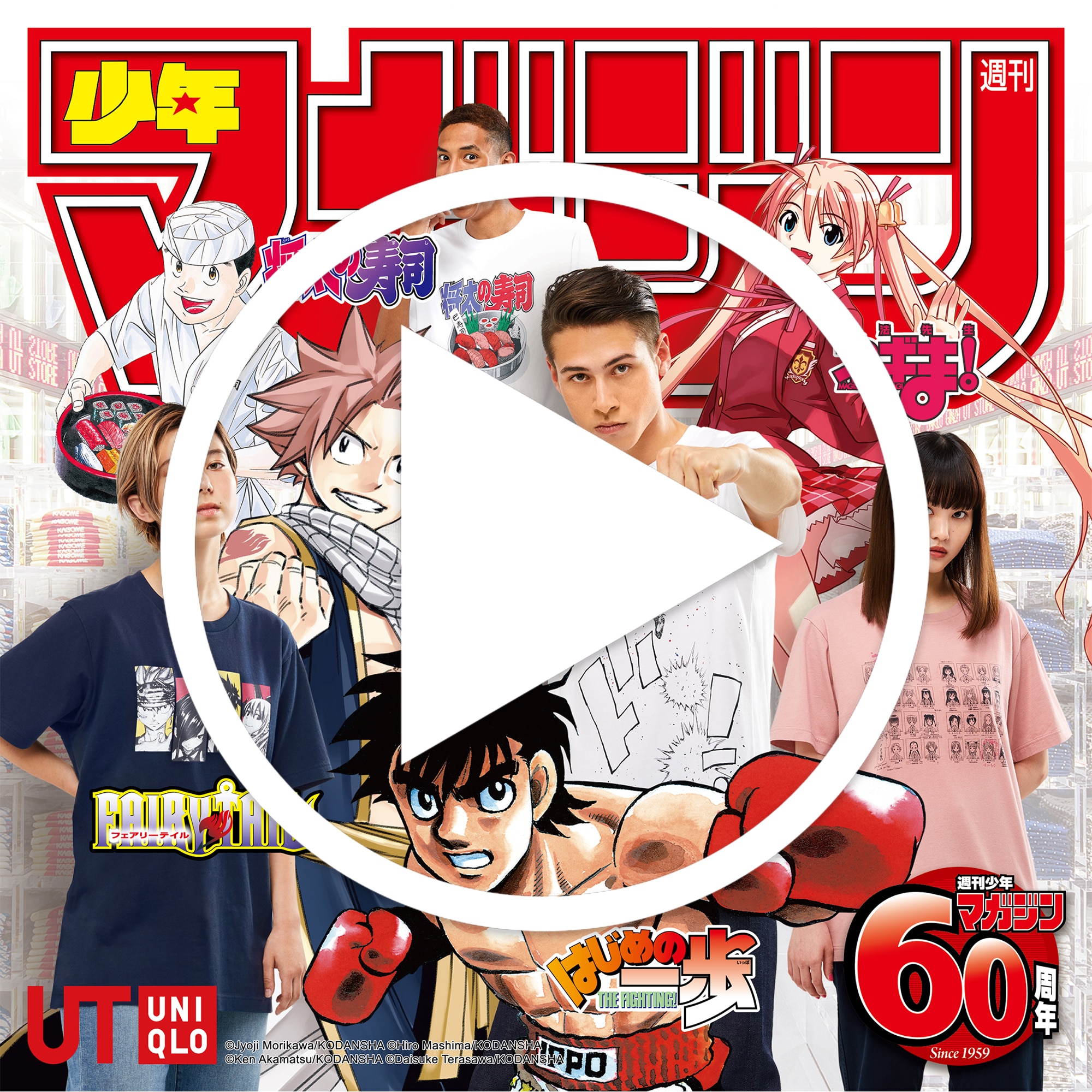 "Weekly Shonen Magazine" is a Japanese weekly shonen manga anthology published by Kodansha. It will celebrate its 60th anniversary in 2019, while it continues to entertain many people with a collection of popular manga.

Shota Sekiguchi, who works at the famous O Sushi, challenges for the top prize in a national sushi competition, as he aims to become the best sushi chef in Japan. A gourmet manga written by Daisuke Terasawa.

See All User Photos
Manga UT SHOTA NO SUSHI (SHORT-SLEEVE GRAPHIC T-SHIRT) is rated 4.5 out of 5 by 2.
Rated 4 out of 5 by Dano from love the print but... Almost all of my summer wardrobe consists of your T-shirts. I just notice the material on this one and my hero Academia seem to be thinner. Hopefully the washer won't kill it.
Rated 5 out of 5 by cobalt8 from Great print! This T-shirt fits true to size and has a nice colour print that stays vibrant even after washing.