Since its release in 2009, League of Legends has continued to captivate the world. In this first collaboration with UT, we adopted popular and fan-favorite League of Legends game elements and champions to create designs that bring out the game’s world view, including worldwide superstars K/DA. To celebrate the launch of this collection, we conducted an interview with Ahri, a member and the leader of K/DA, a virtual pop idol group born out of the game. This is UT magazine’s first interview in which the real and virtual worlds intersect. 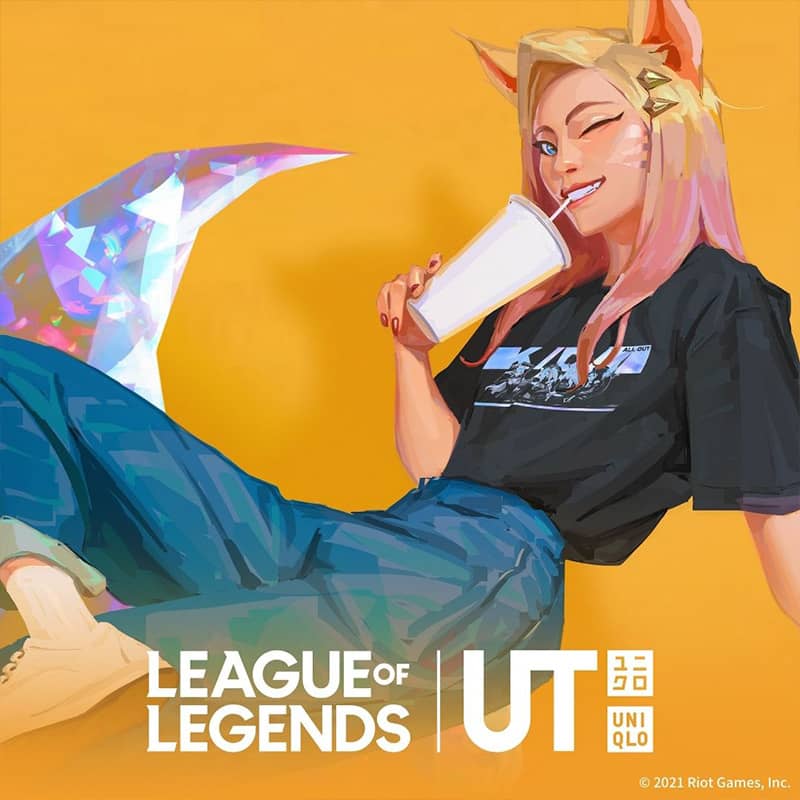 K/DA is a virtual girl group consisting of four League of Legends characters: Ahri, Akali, Evelynn and Kai'Sa. K/DA was developed by Riot Games, and first debuted at the 2018 League of Legends World Championship with a live performance of their first song, "POP/STARS". A music video of the song uploaded to YouTube subsequently went viral, surpassing 100 million views in one month, and reaching 400 million views. Here we have Ahri, the lead vocalist and leader of the group, talking about K/DA and the League of Legends collection with UT. 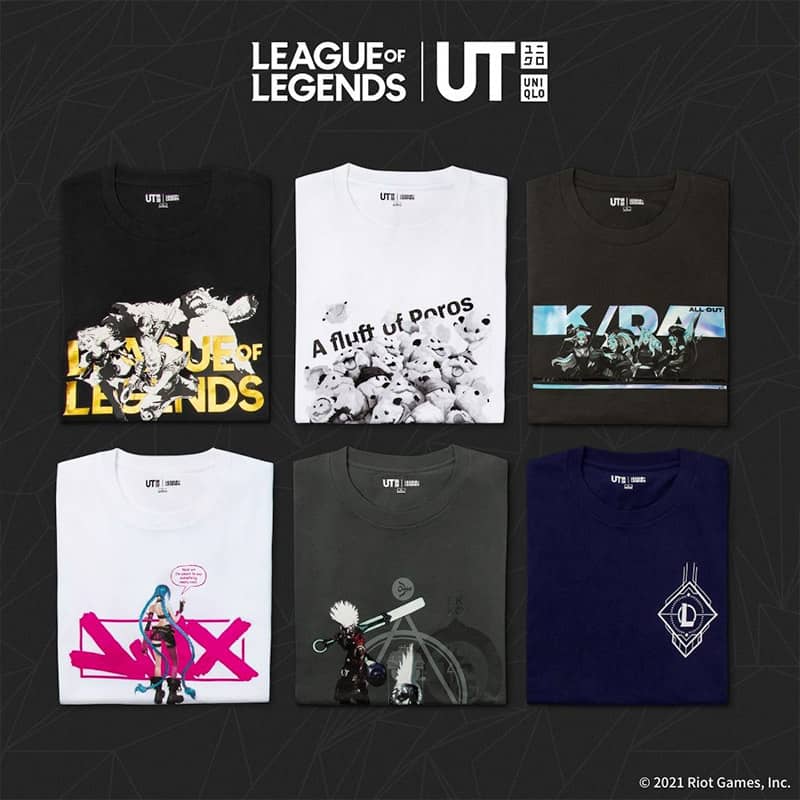 What are your thoughts on this collection, which expresses the world of League of Legends?

We’re all fans of League and we’re excited to be partnering with them again! I think this collection has a lot of fun, emblematic designs. Fans will definitely be proud to express themselves with these shirts.

In this collection, we have a design featuring K/DA. How would you coordinate a full outfit with this T-shirt?

I think this tee is perfect for a cozy day off. I’d tuck them into my favorite pair of jeans and pair them with some chunky white sneakers. You can easily elevate the look with an accessory like a cute handbag or a hair tie.

So tell us about yourself. What do you think about the fans' reaction when you made your debut at the 2018 League of Legends World Championship Final as a member of K/DA?

That show will stay with me forever. The energy in the stadium was unforgettable. So many people—so much excitement to see us as a group for the first time. We just fed off that energy and performed in the moment. I couldn’t have wished for a stronger debut.

You made a comeback in the fall of 2020. Please tell us about the background.

We took our time with our comeback and our first EP. We wanted to spin up a concept that reflected all of us. We called it ALL OUT because it’s about all of us: individuals bringing our different backgrounds, styles, and voices into one. We’re unique, but we’re stronger together.

How do you feel about performing while receiving the attention and cheers of fans all over the world?

I’d say I’m honored to be part of all of this. Our global fans are so important to us! If our music can empower and inspire them in some way, that’d be a dream come true. 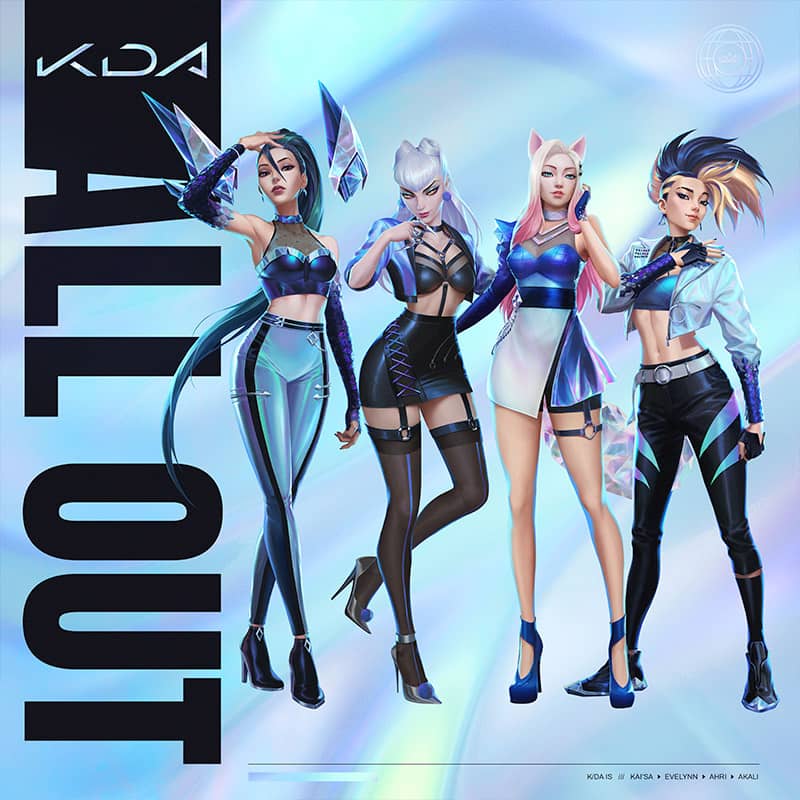 Please tell us about Akali, Evelynn, and Kai’Sa？What is the charm of each member?

Of course! Akali’s our chaotic rapper who’s at the top of her game. She’s delightfully unapologetic—and a big jokester. I’d call Eve my equal and opposite on the vocal line: Dark, powerful, a little sadistic. She has incredible style and makes it all look effortless. Kai’Sa is our stunningly talented choreographer. She’s meticulous, sharp, focused… but she’s got an undeniable soft side.

What is performing as K/DA to you?

K/DA is really important to me. Throughout my career, I didn’t always feel free. There’s a lot of pressure to have a perfect image, act like someone you’re not. So K/DA was the place we created together. It’s where I can sing my own music, partner with the most talented artists in the world, and most of all, be myself. It’s exhilarating, and it’s home.

League of Legends | League of Legends is a multiplayer online battle arena game where two teams of five powerful champions face off to destroy each other’s base. Players choose from over 150 champions to make epic plays and take down turrets while battling their way to victory. 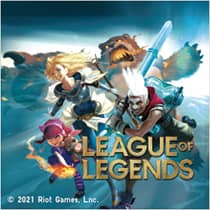 Dive into the worldwide phenomenon of League of Legends, finally featured in this UT collection!

CAPTURE YOUR WORLD: UT and People Captured by Photographers Vol.4

CAPTURE YOUR WORLD: UT and People Captured by Photographers Vol.4

The popular influencers suggest their sophisticated styling of our PAUL & JOE collection.

Spend a cozy summertime with the "Peanuts" gang.