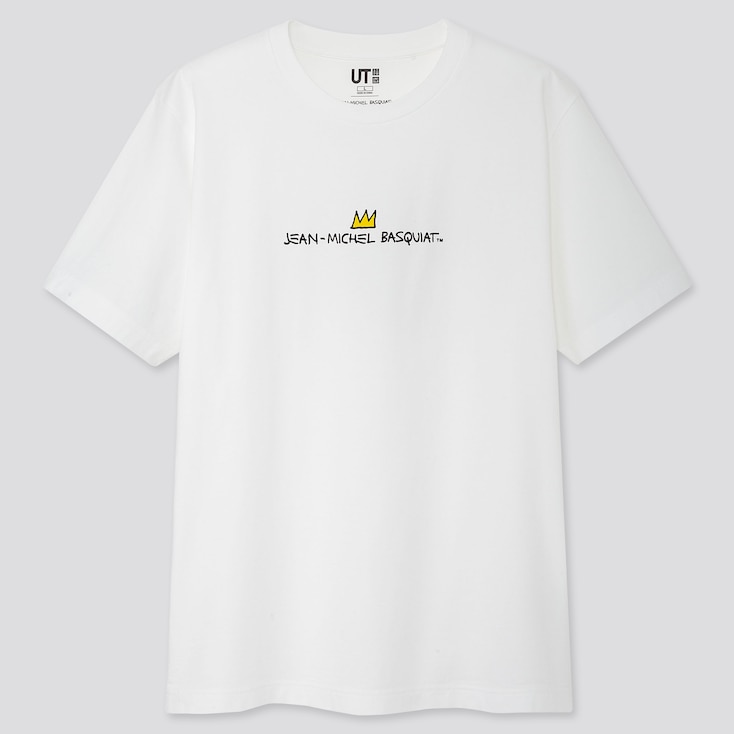 An icon of New York in the 1980s, Jean-Michel Basquiat became renowned during his short career for works inspired by his early street art and a distinctive iconography often connected to art history. His paintings, drawings, and prints drew on a diverse range of sources, from African, Aztec, and Greek cultures to Americana in the form of jazz, baseball, and social and political events.
At UNIQLO, we’re constantly striving to further our sustainability initiatives, which is why we’re partnering with the Better Cotton Initiative (BCI*) to improve cotton farming globally.

You can return your purchase to UNIQLO within 30 days. Read more.

You may also like
Men Jean-Michel Basquiat UT Graphic T-Shirt is rated 5.0 out of 5 by 1.
Rated 5 out of 5 by Sophia M from Very Fine Material I bought all these Basquit Ts for my husband. We are very happy with the fine and thick material.